This is a first impressions review of The Promised Neverland Season 2, episode one and two. 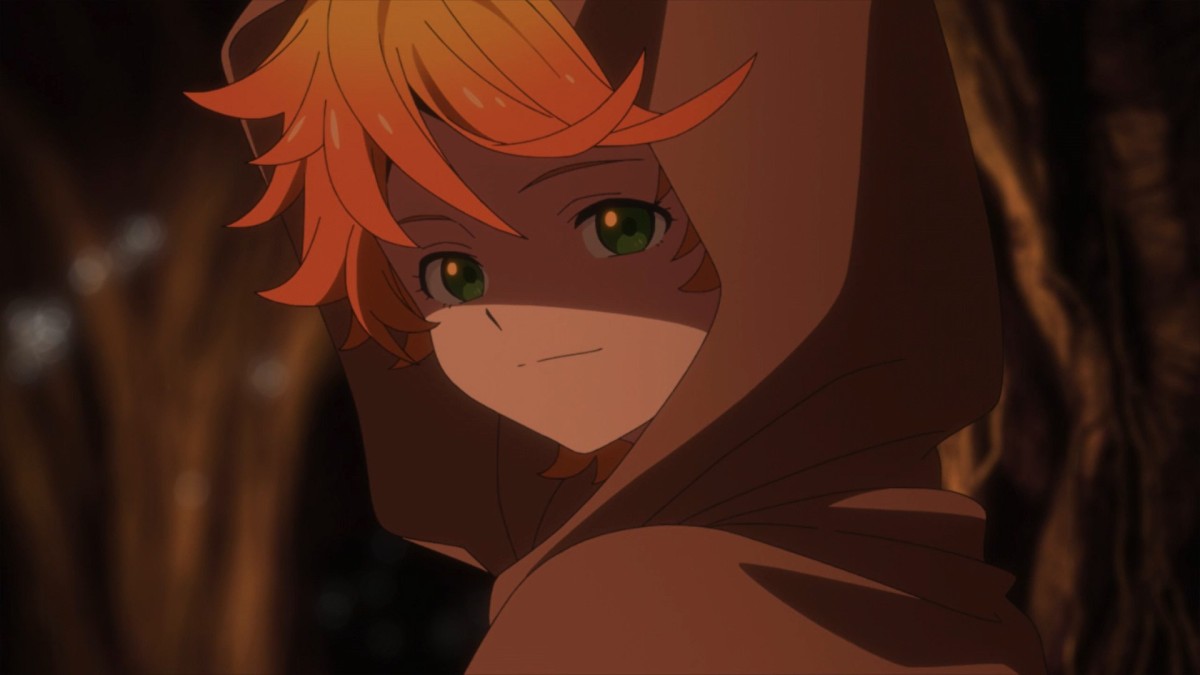 “This world is beautiful, yet cruel”

For a second I actually had to pause the episode and check to see which show I was watching, haha. It reminded me of Mikasa’s (season one I believe) monologue about her life up until that point.

The first two episodes of the new TPN season were great, but stuff like this makes me incredibly sad. Especially with all of the sick shit going on in our world today.

So even though I wouldn’t mind reviewing this weekly, I don’t think I will.

I don’t know what it is, but anything with little kids or old people really gets to me. Like last week, my mom was watching this kdrama called Dear My Friends that centered around elders. And for some reason…I kept sitting down to watch during the most dramatic moments.

There’s something really scary about being so vulnerable in such a cruel, unforgiving world. I think that’s why The Promised Neverland works so well. Children stuck in a forest surrounded by demons, never growing up to become adults.

I actually spoiled myself at the end of season one and read the entire wiki. Before watching the new season premiere a few days ago, I re-read the wiki and proceeded up until the end. So, I know what happens – but at the same time I really don’t because I’ve got no clue who those people or characters are! Haha ☺.

But just seeing the giant trees on screen, the size of the demons, the uncertainty in every single being the group of children meets…is enough to terrify you. Especially when there are those you think you can trust, and they are not who or what they appear to be.

Also, for whatever reason I never made the connection between The Promised Neverland and Peter Pan’s Neverland. It totally makes sense now – a promised world for demons where children would never grow up. I guess the ‘mother’ figures could be stand ins for Peter Pan and Tinkerbell who in the original story, kidnap children.

I think unironically, that Captain Hook was actually trying to save the Lost Boys in the story.

Although, he’s always portrayed as the bad guy.

Or, I could go one step further and say that Isabella and the farms are indeed portraying literal ‘pig farms’ of today, but I guess those nasty things will come to light soon enough.

I just can’t get the ritual killing of the animal out of my head, and the use of ‘vida’ or life (blood) to pay tribute to their god. Then again, they are in the demon world, after all. I guess ignorance could be bliss in the sense that Emma, Ray, and the rest of the children were happy eating the mystery meat each night.

Now that Emma knows the truth of how it was prepared, and that the same Gupna ceremony was performed on her deceased friends…it might make her a bit bitter to the world. Which would be a shame, because her optimism and idealism are what make Emma such a bright and cheerful character.

But, I think I’m going to end this one here.

Again, I don’t think I’ll be doing weekly reviews of this, but I will definitely do a review of the season and series finale once it ends with the anime.

Leave your thoughts in the comment section below, I’d love to hear from you! Also be sure to follow us for more Winter 2021 anime reviews!