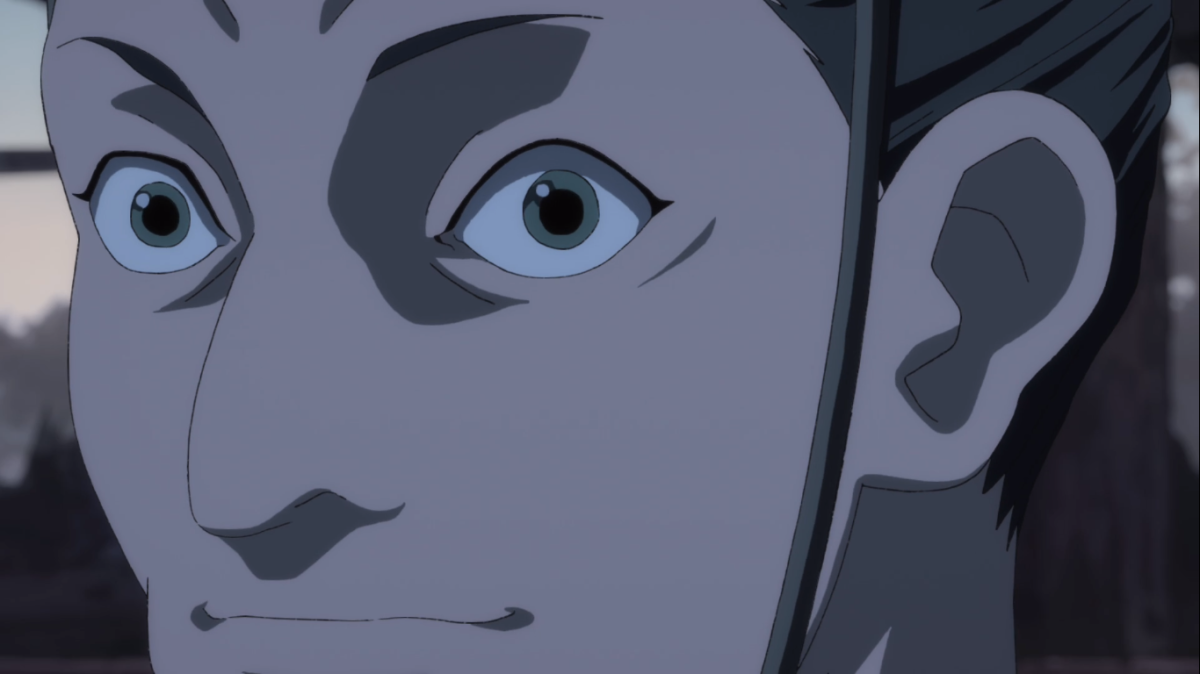 Need to catch up with the series? Use this link for a free 30 day Amazon Prime Video trial and watch the Dororo anime legally! Check out last week’s Episode 13 review here!

Okay, so I don’t know if this is intentional on the story’s part, but I distrust every wealthy person Dororo and Hyakkimaru encounter.

Either the rich person made a soul pact with a demon in exchange for wealth, or they are a vicious, murderous, psychopath who took what they wanted by force. And on top of that, you have various youkai running around the rural villages of Nippon wreaking havoc and eating people. Needless to say, I don’t think the warring states period in Japan was easy at all. This train of thought is doubled by the fact that I am an active believer in native folklore across the globe. These stories all have common denominators when you really look closely and examine them.

There is always some demon that will promise wealth in exchange for a sacrifice. Some creature looking to simply murder humans for the sake of evildoing, or in their warped view as a cleanse to this world. Our universe is so much more than it seems on the surface and although we don’t hear about reports of ghouls and primordial beings anymore, I am sure they are still here. Lurking, waiting for their time on this earth to begin anew once more.

But I digress, you all came here for the Dororo episode 14 review, correct?

This week was a two-parter episode, the latter half of the story sure to concede next week. Another Podunk village, another bunch of demons trying to possess the local residents. I may be severely off topic at this point, but I don’t understand why certain people never fail to engage in soul pacts with these darker entities. It is almost always most certainly a trick.

I grew up reading and hearing oral traditions of folklore, mainly concerning here – in indigenous America. Those guided by greed or blind obsessions chose to make bargains that they could never keep, or ended up dying when the demon proved its nature and exploited a loop hole.

You never get what you truly ask for, and what you seek is warped in a sick way that you realize all but too late. While I’m writing this I have The Chilling Adventures of Sabrina in my head (mainly because I’m working on a review for my other website). In season 2, Lilith (a big baddie who acts like a Scooby Doo villain in her pursuit to murder the show’s namesake, Sabrina) glamours herself as a fortune teller and gives one sided prophecies to the inhabitants of Greendale by manipulating their inner insecurities. Harvey (Sabrina’s ex) is shown a vision where an artist is gaining his work subjects though communications with entities. They came during the witching hour through a portal in his room, whispering secrets of the universe in exchange for their image being brought to the human realm.

Once the artist tells Harvey his secret, the entities drive the young man to kill himself.

There is always a hidden, sinister clause or agenda. When Dororo and Hyakkimaru meet Sabame at the burned down temple, I just knew he had something to do with the disappearances of travelers at night. However, I was surprised he wasn’t actually the monster. I mean the dude doesn’t even blink and he has turquoise colored eyes, I don’t know why none of the villagers found that strange.

Then again, a united Japan doesn’t exist yet and each state is warring. Lord Daigo’s lands were the only prosperous ones for miles around and even then, its citizens were just happy to be safe – magical interference be damned. So I can understand the residents of Sabame’s hamlet truly not caring what is going on outside of their safe space in a cruel world.

In exchange for safety and power, the baddie of the week needs life forces to feed on. As usual, they made the mistake of assuming the blind young man and the little girl would be easy targets. I am truly glad Hyakkimaru was awake and feigning sleep when the monster showed its intention to attack because the way he was treating Dororo earlier I thought he was lost.

Poor Dororo was being molested by a big belligerent baby reminiscent of Boh from Spirited Away. For those of you who may not have seen the film or forgotten his role, Boh was the name-stealing witch Yubaba’s child.

Bō enjoyed being a holy terror and threatened to break Chihiro’s arm if she didn’t play with him. Towards the end of the film he has a change of heart and stops his mother from hurting her.

The complete disregard for anything not an oni by Hyakkimaru is starting to bother me. He wasn’t even sure if they encountered neutral spirits or evil ones with a dormant intent, but allowed the harassment of Dororo. The blind priest Biwamaru may be correct in reminding Dororo that she has options, and urging her in subtle ways to plan for the future. Biwamaru, as well as us – the audience, can see the negativity infiltrating Hyakkimaru’s fragile soul.

I wonder what she will do with the money in the end. Dororo cried when thinking about her parent’s sacrifice, so I don’t think she will abandon their life mission just to watch her big bro Hyakki. Either way, I’m excited to see what she chooses, and how that will affect her and whomever else she decides to live by.

Do you think the map on Dororo’s back was intended to be seen by a lover? What do you think Hyakkimaru’s fate will be? Would you make a pact with a demon? Leave your thoughts in the comment section below, I’d love to hear from you. Also be sure to follow us for more anime episode reviews of the spring 2019 season!

See you back here next Monday for another one!